One of the ideas this book engages with, tangentially, is the “Back to Africa” movement (sometimes called the “Liberian Movement”) in 19th-century America and earlier. As a scholar of early American literature, I’ve long been intrigued by mentions of this movement in late 18th-century and 19th-century literature—books like Olaudah Equiano’s memoir of his enslavement and freedom and Harriet Beecher Stowe’s novel Uncle Tom’s Cabin.

There is a long and complicated history in the U.S. and in Britain and its colonies of “back to Africa” movements. In Britain in the late 1700’s, the formerly enslaved abolitionist Olaudah Equiano was involved with one such movement (though he never moved permanently to Africa), as was the white abolitionist Thomas Clarkson. Most of the people who moved back to Africa at this time came from Canada and the West Indies and ended up going to the British colony of Sierra Leone and settling in or near Freetown—a town expressly created by and for formerly enslaved people.

In the early 1800’s there were growing arguments in the U.S. for resettlement of formerly enslaved people in Africa. Some of these arguments, at least on white people’s parts, grew out of real concern for formerly enslaved people; and some grew out of deep-seated racism and fear of having “too many” freed blacks in the U.S. Among free people of color the subject was also difficult: some felt that America was their home and resented being asked to leave; others wished simply to go back to their birthland or the birthland of their parents or grandparents; still others wished to have a home country that would be free of the racism they faced in the U.S.

The first U.S. group to resettle in Africa was led by free black sea captain Paul Cuffee, who financed a trip to resettle 38 people in Sierra Leone in 1815. In 1820 an abolitionist group called the American Colonization Society (with funding from the Society and from the U.S. Congress) sent approximately 300 people to join the colony at Freetown, Sierra Leone. In 1821 the U.S. established its own colony of Liberia, expressly for African American resettlement. Between 1820 and the Civil War, Liberia accepted upwards of 15,000 people from the U.S. for resettlement. (Liberia became an independent country in 1847.)

Although A CRACK IN THE SEA doesn’t explicitly address the Back to Africa movement, it was something I was thinking about as I was writing, and the Raft King’s desire to go to Africa is a not-very-subtle allusion to this movement. But in my novel, the people of Raftworld aren’t living in a country where they are constantly facing racism, so as a people they don’t feel the same compelling reasons to leave. And more crucially, they CAN’T go back; it isn’t possible to get back to the first world—until suddenly, there is a one-time possibility by which they can go back forever.

One of the things I wanted to consider in this book was how permanent any kind of resettlement can feel to the people who are contemplating it. The people in this book who resettle do so permanently (or in the case of the Kraken: for many, many years), with no promise they can ever return to their first home. I wanted to think about what that might mean, what it might feel like. In our world today, even with airplanes and other fast transportation, and with the ultra-fast connectivity of the internet, there are still many people, refugees in particular, for whom resettlement feels like a door slamming shut forever: their old home is no longer open to them, and they can not return.

What I’ve written above about the Back to Africa movement is a very brief and general overview; for more details you might take a look at the following web pages as a starting point:

An overview of the Back to Africa movement (which inexplicably skips over Paul Cuffee’s contribution): http://www.history.com/this-day-in-history/freed-u-s-slaves-depart-on-journey-to-africa

A discussion of why the phrase “back to Africa” is so complicated in the 21st century:

A short entry on a famous 20th-century proponent of this movement: Marcus Garvey: 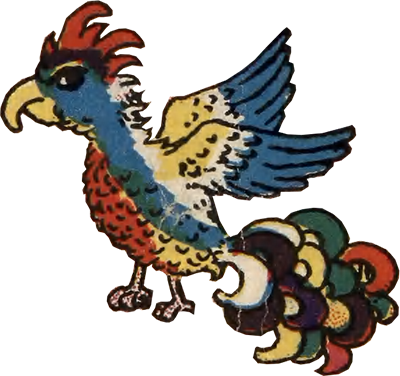